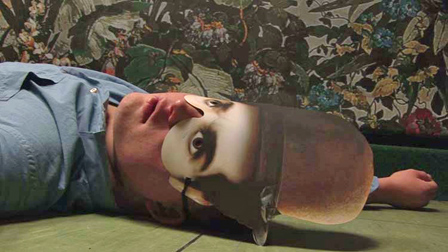 As the title of the two-part show, “Audience as Subject,” suggests, its featured pieces—by seven high-profile international artists ranging from Danica Dakić to Adrian Paci—explore what happens when the roles of audience and presenter are reversed. In the introductory wall text to the exhibition, curator Betti-Sue Hertz writes that the work on view underscores political motivation and poses questions about the future of the spectator in an arena where audience has become decentralized. In his “Theses on Theatre,” Alain Badiou writes that the public is part of what completes the idea of a theatrical act. Similarly, Jacques Rancière has described the emancipated spectator as one who is viewing, but also acting by observing, selecting, comparing and interpreting. Each spectator refashions the performance in his/her own way. “Emancipation begins when we challenge the opposition between viewing and acting,” Rancière writes in his essay “The Emancipated Spectator.” “They are thus both distant spectators and active interpreters of the spectacle offered to them.”