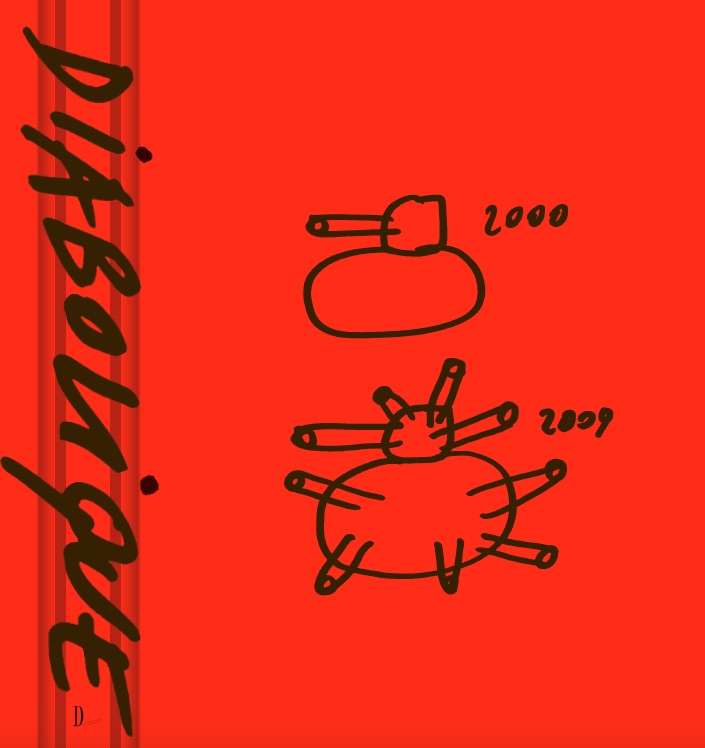 Diabolique cuts a map of blood across white walls.

The terrain opens with a disturbing image of Neil Stonechild. His brutalized face hits a raw nerve, shaves close to the bone, for local communities in the province of Saskatchewan. David Garneau’s autopsy portrait of this 17 year old First Nations target of racist violence in 1990, face indented, apparently by handcuff blows, reflects the inherent social and political violence that characterizes the devil’s underbelly of this province, whether those responsible for dominant lore care to admit it or not. Like everywhere else, Regina is not immune to cruelty and conflict. The oft-cited, shame-producing Maclean’s Magazine survey that gives Regina number one or two spot (depending on the year) as the most dangerous city in Canada is an undeniable sign that there is war on local turf.2 This exhibition is in Regina because war is in Regina, covert or otherwise, against Aboriginal peoples3 , against other disenfranchised and minority groups, and those who live below the poverty lines in all of our communities.